It was harvest time this past weekend at Millcreek Manor Hops Farm, so I stopped by to check it out. Since I was curious about the harvest, proprietors Tom and Sherri Low allowed me to "help" harvest. Yes, it brought to mind Mark Twain's Huckleberry Finn.

I think hops growers are the steampunks of farming. Yes, that's a compliment. Hops are a trendy, risky, time-intensive crop. They require a mechanical forest. Poles up to 25 foot tall are evenly spaced 36 to 42 feet apart. Cables are strung between the poles, then think twine dropped from the cables to the ground. The hop plans "climb" up the twine as they grow.

The "hops" are actually the flowers, which are also called seed cones.

Hops plants are very sensitive. This year, too much precipitation took a toll on hops farmers. Hops plants are susceptible to mildew and insect infestation. Despite being vigilant in treating plants for insects, during harvest caterpillars such as this one were working on the hops vines.

Another challenge is the timing of harvest. Once the flowers are ripe, the grower has around 24 hours to harvest. If the cones are on the vine longer, the quality of the hops declines. One way to tell whether flowers are overripe is opening and smelling the cones. I thought this flower had a slightly garlic scent, which the Lows said was a sign the flower should have been harvested earlier. Either that, or they were extremely entertained by talking me into sticking my nose into a cone. :-)

Harvesting starts with cutting down the vines, then taking the vines to a "harvester."

The twined vines are attached the harvester, which separates the hops from the leaves and vines.

The primary market for hops are breweries. Microbreweries prefer locally sourced ingredients. The Lows sell their Columbus variety hops to Dalton Union Winery and Brewery. In turn, the Brewery uses the hops in its 43040 Beer, 43040 being the zip code for both the farm and brewery.

(Photos taken with an iPhone 6.) 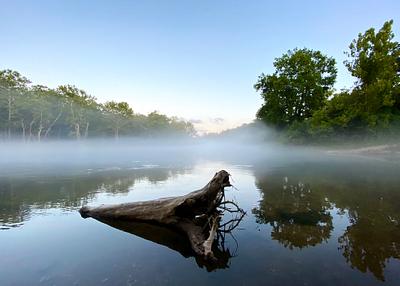 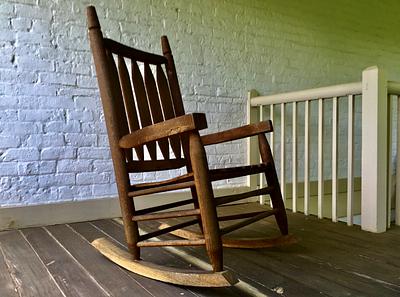